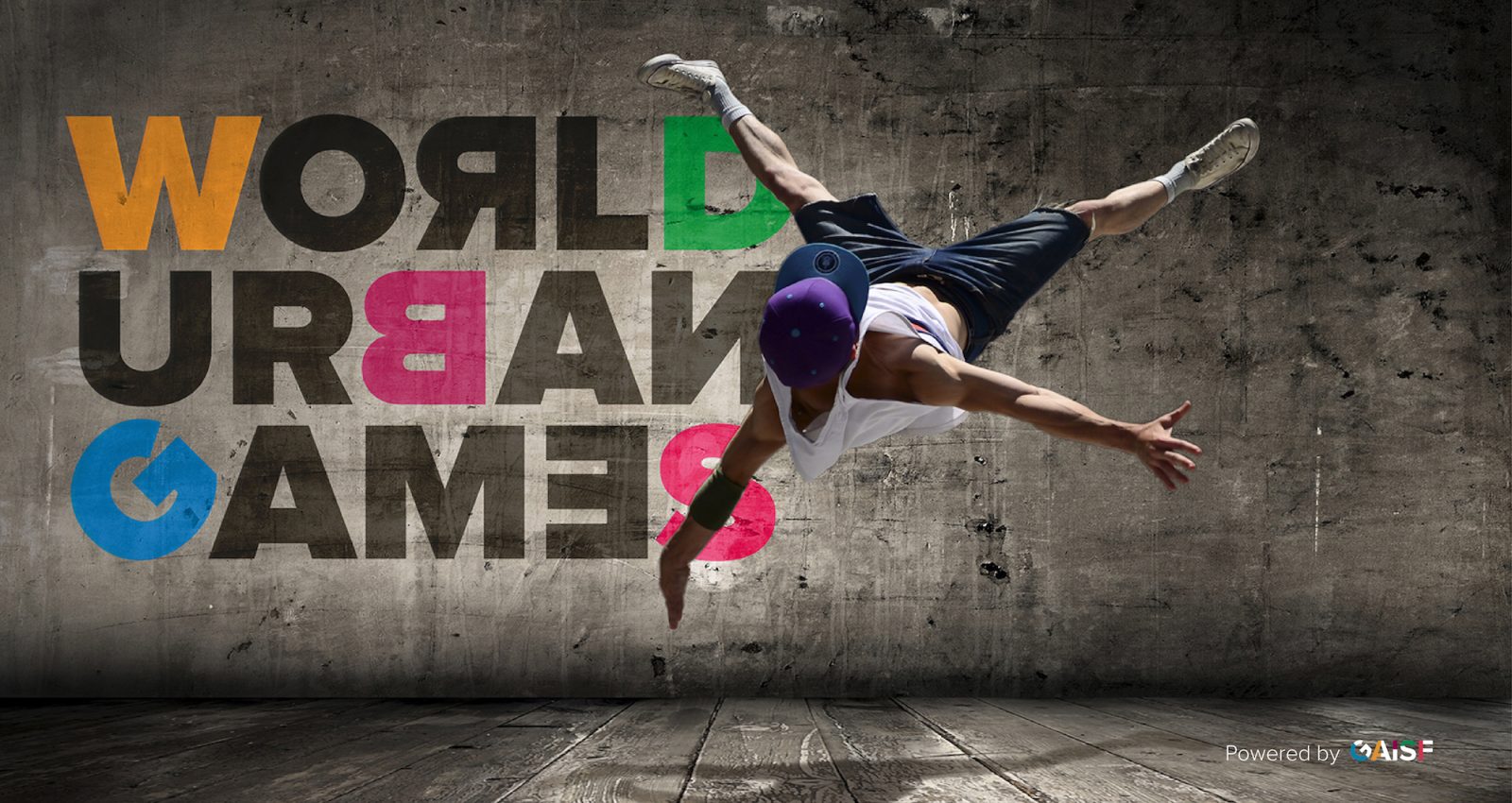 The Flying Disc Freestyle event of the GAISF World Urban Games (WUG) concluded late Saturday afternoon, 14th September, with the American pair of Emma Kahle and Daniel O’Neill taking the gold medal, besting the first-seeded team of Juliana Korver and Ryan Young of the USA by 1.40 points. Maxine Mittempergher and Edo Turri of Italy won the bronze medal. The inaugural WUG, held 13-15 September in Budapest, included Flying Disc Freestyle as one of six competition sports that were featured, with the others being 3×3 Basketball, BMX freestyle, Breaking, Roller freestyle, and Parkour. The Games took place at the Nagyvásártelep (Market Hall) in the south of Budapest, just 15 minutes from the city center.

The highlight of the day was the “Zombie” routine from USA’s Emma Kahle and Daniel O’Neill, who came into the event seeded second behind the other American team. Playing to Michael Jackson’s “Thriller,” they featured a highly theatrical approach, strong choreography, and superb technical features that were embraced by the crowd. Kahle and O’Neill had first debuted the routine in 2011 while they were students at Columbia University in New York City, and they resurrected and refined it for this competition. The pair of Juliana Korver and Ryan Young came in as the favorite for the event, with Juliana the third ranked female and Ryan ranked first in the world for Freestyle. They put on their routine last and employed a very workmanlike style that demonstrated highly technical skills but lacked some of the artistry of the other USA pair. When their final scores were announced, Kahle and O’Neill had edged them out for gold by 52.30 to 50.90.

“From our perspective, GAISF’s World Urban Games are a great success,” commented Robert “Nob” Rauch, WFDF President. “The concept of bringing sport to the people in the center of a city makes lots of sense and our athletes really enjoyed the close relationship with the audience both in competition and in the various demonstrations that they have done over the entire weekend. It’s been an honor to be able to participate in these inaugural games and we extend our thanks to our gracious hosts from Budapest and to GAISF for all they did in staging this World Urban Games.”

Technical Director Skippy Givens said “This will be remembered as a landmark event in the annals of Flying Disc Freestyle play. The ability to showcase our sport to the world in such a visible multisport arena as the World Urban Games was a ‘reach goal,’ and one that we are proud to have accomplished. I’d say the operative word we have from this experience is ‘ecstatic.’”

With 24 athletes from nine countries in the competition, the Flying Disc discipline of Freestyle combines aspects of gymnastics and dance with the basic game of throw and catch, and it is one of the most artistic and technically challenging disciplines in Flying Disc sport. Mixed gender teams of two athletes performed choreographed routines consisting of throws and catches of varying degrees of difficulty, and moves such as air brushes, nail delays, and triple-spinning catches. Routines were for three minutes in length and were evaluated by six judges who based their scores on the difficulty, artistic impression, and execution of the routine, with a theoretical maximum score depending on degree of difficulty of 72.0 points. The final teams shared US$20,000 in prize money provided by the World Urban Games, and amounts were shared equally by the men and women in the pairs.

Powered by the Global Association of International Sports Federations (GAISF), the World Urban Games is the ultimate celebration of new-generation sports forged by the spirit of youth. It is a showcase for the skill, style and power of the most inspirational urban athletes on the planet. The World Urban Games comprises a wide-ranging program of competitive and showcase urban sports complimented by a Festival of youth-focused music, art and culture. These multi-sport games will be held every two years and will feature a wide range of events.