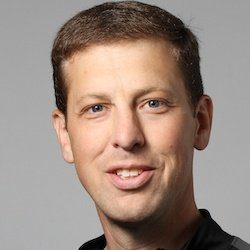 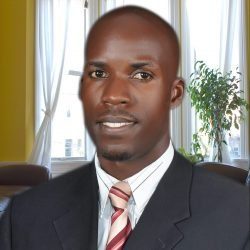 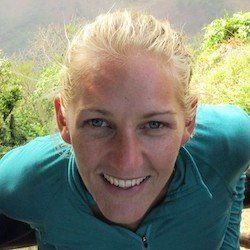 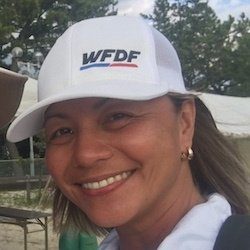 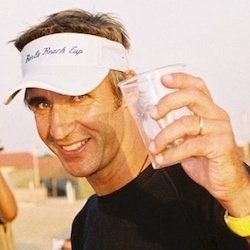 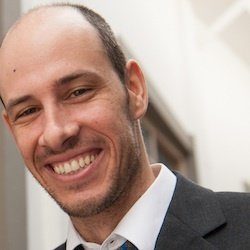 With the Ultimate Players Association/USA Ultimate, David served in numerous volunteer roles from 1995 through 2011 including Regional Coordinator, National Open Director, National Masters Director, Secretary of Board of Directors, Coaching Instructor, Observer, Volunteer Coordinator for various events, and Competition Director for about 20 more.

David began working full-time for USA Ultimate as Events Manager in 2012 and has overseen numerous championship events, including some USAU Beach events since 2016. He was also the principal author of the Tournament Director's Manual and Showcase Game Manual for USAU.

David began volunteering with WFDF in 2007 and, over the years, has served at various times on the Spirit of the Game, Ultimate Rules, Events, and Beach Ultimate Committees. David has also served as WFDF Tournament Technical Director of the WFDF 2018 World Junior Ultimate Championships and at WFDF’s 2011, 2013, 2015, 2017, and 2019 Pan American Ultimate Championships. David co-authored the chapter about local leagues in “Ultimate: The First Four Decades” and, in 2018 -- the 50th anniversary of the development of Ultimate --he put on museum-style exhibits of Ultimate’s history at WFDF’s World Ultimate Club Championships, USA Ultimate's National Championships, and at Columbia High School in Maplewood, New Jersey, the birthplace of the sport.

David earned a B.A. in History from the University of Virginia and currently lives in Colorado Springs, CO, USA.

Board member: 2017-present Current term ends: 2019 Committee member: 2015-present Alex “Queenie” Matovu started playing ultimate in 1995 in Kampala as a teenager. In 1999 he started the Kampala Ultimate Frisbee Club just after organizing a first ever tournament in November 1999. From 2001-2005 he ran a series of tournaments attracting several Embassies and schools and ran tournaments on the same ground. In 2006 he started the Seven Hills Classics Ultimate tournament which later became one of the biggest Ultimate Tournaments in Africa attracting 5-7 countries within the region of East Africa. In 2015 Alex led team Uganda to the WCBU2015, with the same year Uganda hosting the first All Africa Ultimate Club Championship and hosting a WFDF East Africa Ultimate Clinic. In 2016 Matovu discussed to form the All Africa Flying Disc Federation (AAFDF) which was officially launched at the 2017 All Africa Ultimate Club Champion in Nairobi. Alex has been President since 2017 till today for All-African Flying Disc Federation. Outside of the Ultimate scene, he is a Director of Activate Uganda, a sports events management company, has run several businesses in Uganda, and worked for the US State Department as a contractor. He holds a Bachelor of Laws degree from Makerere University.

Committee member 2018-present Originally from Scotland, Corinne spent three years in Central America, and now lives (a few minutes from the beach) in Portugal. She has been playing ultimate since 2006, has played for various club women's and mixed teams in the UK, GB Masters, helped create El Salvador's first ever international team, and is now enjoying Portuguese beach ultimate. Corinne works as a project manager, researcher and auditor for sustainable tourism development projects, and is interested in how we can make beach ultimate events more sustainable.

Committee member: 2011-present Karen Cabrera started playing beach ultimate in 2005. A couple of years after in 2007, found herself a seat on the Beach Ultimate Committee with BULA, which then transitioned to WFDF Beach Ultimate Committee in 2011. In 2016, she was elected as Chair until 2019. Some of the work involved the evaluation for venues of the Asian and World Championships and assisted in the selection process of WFDF Beach Ultimate grants. On the domestic side, Karen is the current President of the Philippine Flying Disc Association; player and team manager of Boracay Dragons; Tournament Director of the annual Boracay Open Tournament; runs clinics around the country; and organizes local and international tournaments.

Committee member: 2011-present Disc Sports I start practice ultimate, freestyle, disc golf and all the other disc disciplines in Belgium in 1983. The first world championship I took part was Gothenburg (Sweden) in 1983 and from there participated to several tournaments, often as captain, as National, European and World Championships (beach and grass) in France, Switzerland, UK, Belgium, Germany, Austria, Italy, Spain, Holland, Canada,… At the WUGC 2008 in Vancouver (CAN) I won the SOTG with the national Italian master team. Disc Sports Administration Roles In 2000 I created and coached the first Tuscan team (won one Italian title) and help the creation of the second one.

Committee member: 2011-present I have been an ultimate player since the last 20 years. I started playing in the grass, but the beach is my real love. For this reason, I decided to joint first to BULA and then to WFDF when the Beach Ultimate Committee was organized.

Committee member: 2015-present An avid Ultimate player since 1993, and Beach Ultimate fanatic since 2004, I have been proud to have a varied career of volunteer admin roles for Ultimate at State, National, and now WFDF level organisations for the last 15 years. I have been honored to represent Australia four times on the beach, and have had the good fortune of playing over 15 international beach tournaments. I wrote and coordinate the process of updating the WFDF Beach Ultimate rules for 2019, and am looking forward to revisiting them in future iterations. I currently am with Ultimate Peace as the Middle East Director of Coaching.