The World Flying Disc Federation (WFDF) is pleased to announce that, in connection with the adoption of its new Safe Sport Policy, its Board of Directors has appointed Dr. Julie Gabriel (GBR) and John Liljelund as its first WFDF Integrity Officers.

“We are extremely pleased that Julie Gabriel and John Liljelund have agreed to serve as WFDF’s Integrity Officers where they will be available to the disc sport community to ensure there is an independent process to respond to issues related to athlete safeguarding,” stated WFDF President Robert “Nob” Rauch. “The aim of the WFDF Safe Sport Policy is to promote good practices, provide athletes of all ages with appropriate safety and protection while involved in the activities of WFDF, and to allow staff and volunteers to make informed and confident responses to specific safeguarding and athlete/child protection issues. Both Julie and John have decades of experience in sport and we are very thankful that they have agreed to support us in this important process.” 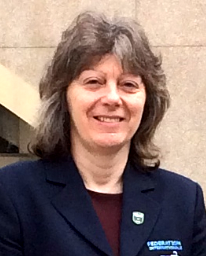 Dr. Julie Gabriel serves as one of WFDF’s two Safe Sport Integrity Officers. Julie has served as the President of the Federation Internationale de Savate (FISav) since 2010. She has also served since 2015 as a member of the board of the Alliance of Independent Recognised Members of Sport (AIMS), the umbrella organization for the international sports federations that are members of GAISF but not yet recognized by the IOC.  Julie is one of the founders, and an honorary vice-president, of the Great Britain Savate Federation which was created in 1999. Since 1988 she has been the a Director and Senior Instructor of the Cambridge Academy of Martial Arts and Savate Cambridge, in the UK, and has instructor qualifications in martial arts including Savate, Canne de Combat, JKD, Kali/Eskrima, Sombo, and Hapkido. She was also the Training Manager at the Cambridge Women’s Resources Centre from 1988 to 2010. As a competitor, Julie was a member of the Great Britain team in World and European Savate Assaut Championships from 2005 to 2009, and a European Bronze medalist. Julie received her Bachelor of Arts (Hons) in Biology from the University of York in 1979 and her DPhil in Zoology/Animal Biology from the University of Oxford in 1983 and she currently resides in the UK’s Greater Cambridge Area. 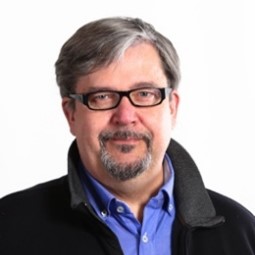 John Liljelund serves as one of WFDF’s two Safe Sport Integrity Officers. He has served as the Secretary-General of the International Floorball Federation (IFF) since 2005 and was a member of the IFF Central Board from 1994-2004. John has also served as a Council Member of the Association of IOC Recognised International Sports Federations (ARISF) since 2017 and was its Auditor from 2014-2017. Prior to specializing in sport, he was the Modelling & Analytics Nordic Director at the marketing research company AC Nielsen from 1996 to 2005. John moved from ice hockey to Floorball in 1986 and played at the elite level in Finland and Sweden as a goalie from 1987 to 2004, although he still competes in the masters’ divisions. He has also been a coach of both men’s and women’s as well as juniors’ teams since 1991, including the Finnish National Team (1995-1999) and Men U19 (2002-2003), and has a professional coach degree from the Finnish Sports Institute. John received his Masters and Licentiate degrees in political science and government from the University of Helsinki in 1990. He currently lives in Helsinki with his wife and two children, all of whom play Floorball.

In a move to introduce structures on safeguarding athletes from all forms of misconduct, the WFDF Board of Directors had approved of the new WFDF Safe Sport Policy during its meeting on 20 September 2020. It entails the appointment of two independent WFDF Integrity Officers who to receive information about reports brought forward relating to Misconduct and initiate investigations related to allegations involving WFDF Events or WFDF Personnel; to facilitate the process for bringing forward reports of misconduct at WFDF Events or involving WFDF Personnel; to provide support to individuals who have questions or concerns about the application of this WFDF Safe Sport Policy, and to report on a regular basis to the WFDF Ethics Commission and the WFDF Board of Directors.

WFDF’s policy on safeguarding athletes and participants from discrimination, harassment and abuse is designed to describe the processes helping prevent this from occurring and define the procedures available to WFDF participants to bring forward a complaint related to a WFDF Event. It also describes the consequences of a breach of this policy, including interim measures and specific sanctions. It consists of two parts: a Safe Sport Policy for WFDF events and WFDF Personnel, and Guidelines for member National Federations on developing a policy for safeguarding participants from misconduct.

The WFDF Safe Sport Policy can be found here: