Performing creative, artistic and athletic moves with flying discs is the essence of Freestyle. One of the most dramatic events in disc sports, competitive Freestyle combines aspects of gymnastics and dance with the basic game of throw and catch. Teams of two or three players perform choreographed routines consisting of throws, catches and moves with one or more discs.

Starting with simple moves like a behind-the-back catch, Freestyle has evolved into a crowd-pleasing event with moves such as air brushes, nail delays, and triple-spinning catches. Routines are three to five minutes in length and are evaluated by judges who base their scores on the difficulty (10), artistic impression (10) and execution (10) of the routine. The team with the highest score wins (30 is a perfect score).

Freestyle is also about what happens in a city park between novices. Catching a disc under the leg, or tipping a high throw and then catching it. This is Freestyle too. Often you’ll find competitive players freestyling just for fun. Improvising with each other, often in large groups - and no judges. This is called jamming, and to most players, it’s the most important part of the sport.

Pulling off co-operative moves (“Co-oping”) is jamming at its best, whether it’s planned during a routine or it just happens spontaneously between players at a park. For example, a jam- mer may kick the disc to a second player who then chest rolls the disc to a third player who finishes the move off with a leaping flamingitis catch.

Basic Techniques
As you would expect, throwing and catching the disc are basic parts of each routine. There are many ways to throw a disc and even more ways to catch it. You can use a backhand or sidearm throw (see the info sheet on throwing techniques). By changing the angle of the disc it will curve to the left or to the right.

The easiest and safest catch is the “pancake catch” (with both hands). In Freestyle routines you will see much more difficult and riskier catches. A few simple catches include the under the leg and the behind the head. Advanced, hard to describe moves include the flamingo, flamingitis, triple fake, scarecrow, and the bad attitude. Take your pick. The more air you get the better.

Then there is the nail delay. You delay the catch by basically spinning the disc on your fingernail (al- though some people can also do it on their teeth, feet, and elbows). Once you have good spin or Z’s on the disc, you can then pass the spinning disc under your leg, behind your back, etc. Often players find they can nail delay better with clockwise spin, while others prefer counter clockwise, and a few top players are proficient with both spin directions.

It's important to play with quality discs since most promotional or give-away discs can barely fly. Free- stylers prefer discs with very smooth surfaces, weighing about 160 grams. Some wind players prefer lighter discs, especially for air brushing. The 175-gram ultimate disc can work but is not ideal because it is too heavy. Players try to reduce friction between the nail and the disc so the delay will last longer. This is critical for a longer combination of moves. To this end, most players use fake fingernails (try the index finger first), while all players use some type of silicon spray or other non-oily lubricant for the inside of the disc (and the top too for upside down delays).

To tip a disc with your finger, wait for a floating throw that’s just over your head, and then tip the spin- ning disc exactly in the center, and then catch it or tip it again. Once you get good at tipping, try kicking the disc in a similar manner. 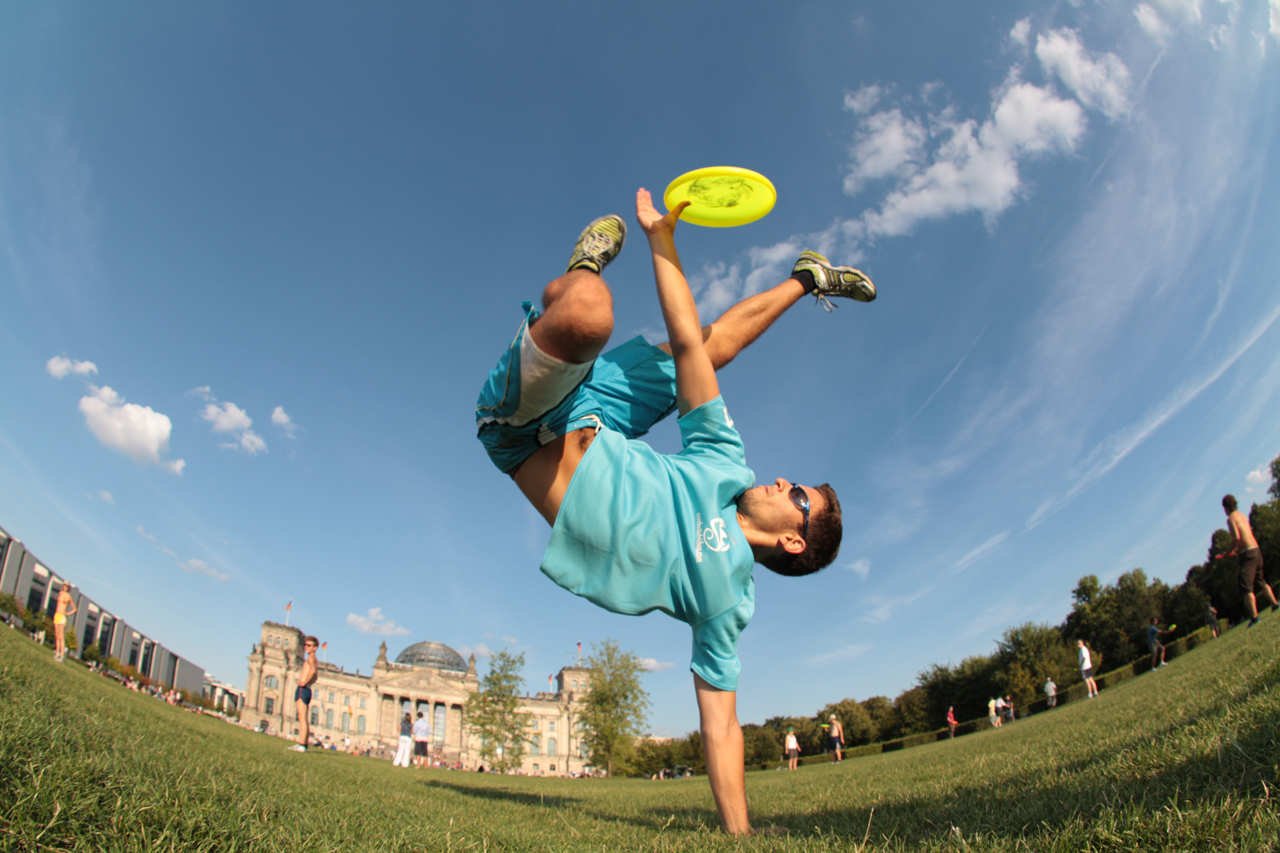 Air Brushing is another way to keep a disc spinning. By repeatedly hitting a slightly-angled disc with your hand (or foot) on the outside rim, it keeps spinning and therefore remains in the air. Try this by yourself or with a friend the next time you have a nice steady breeze. And to make moves like this easier, always face the wind.

Another move is the body roll. Spread your arms, tilt your torso back a bit and let the disc roll from your fingertips over your arms and chest towards your other hand. Again, face the wind.

There are many more moves than we can describe here. For more information, check out the official site of the Freestyle Players Association (FPA), a non-profit or- ganization, at freestyledisc.org.

Judging
Nine judges evaluate the routines as they’re performed. Three judges each evaluate the categories of artistic impression, difficulty and execution. Each category is worth a maximum of ten points.

Artistic impression
Artistic impression breaks down into five subcategories: Teamwork, Music Choreography, Flow/Form, Variety/Originality, and General Impression. Teams that can perform routines that blend co-operation, style, diversity of disc skills and overall impact do well in this category. Planning a routine is not required, but the practice of preparing the routine generally helps in tournament situations.

Difficulty
Judges in this category give scores based on the difficulty and risk of the moves attempted. Demonstrating a technically challenging move increases risk. A player can also increase their difficulty score by performing a complex sequence of consecutive moves where timing is critical. Also, the duration of the risky components is taken into account.

Execution
Execution reflects how flawlessly the players performed. A dropped disc is a 0.3 point deduction, a minor bobble is a 0.1 point deduction, and a wild throw away is a 0.5 point deduction. It’s usually difficult to win a major tournament with an execution score below 9.0.

Because the judging system is always being improved, visit www.wfdf.org and freestyledisc.org for the latest judging information. 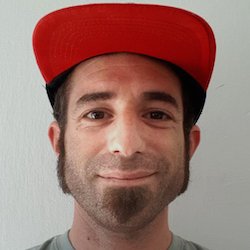 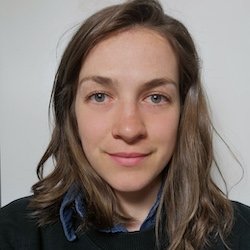 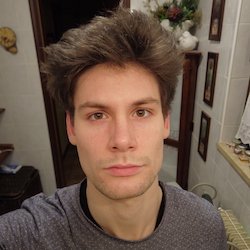 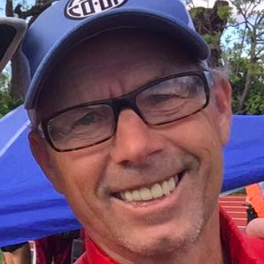 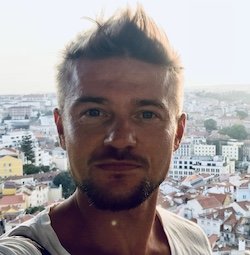 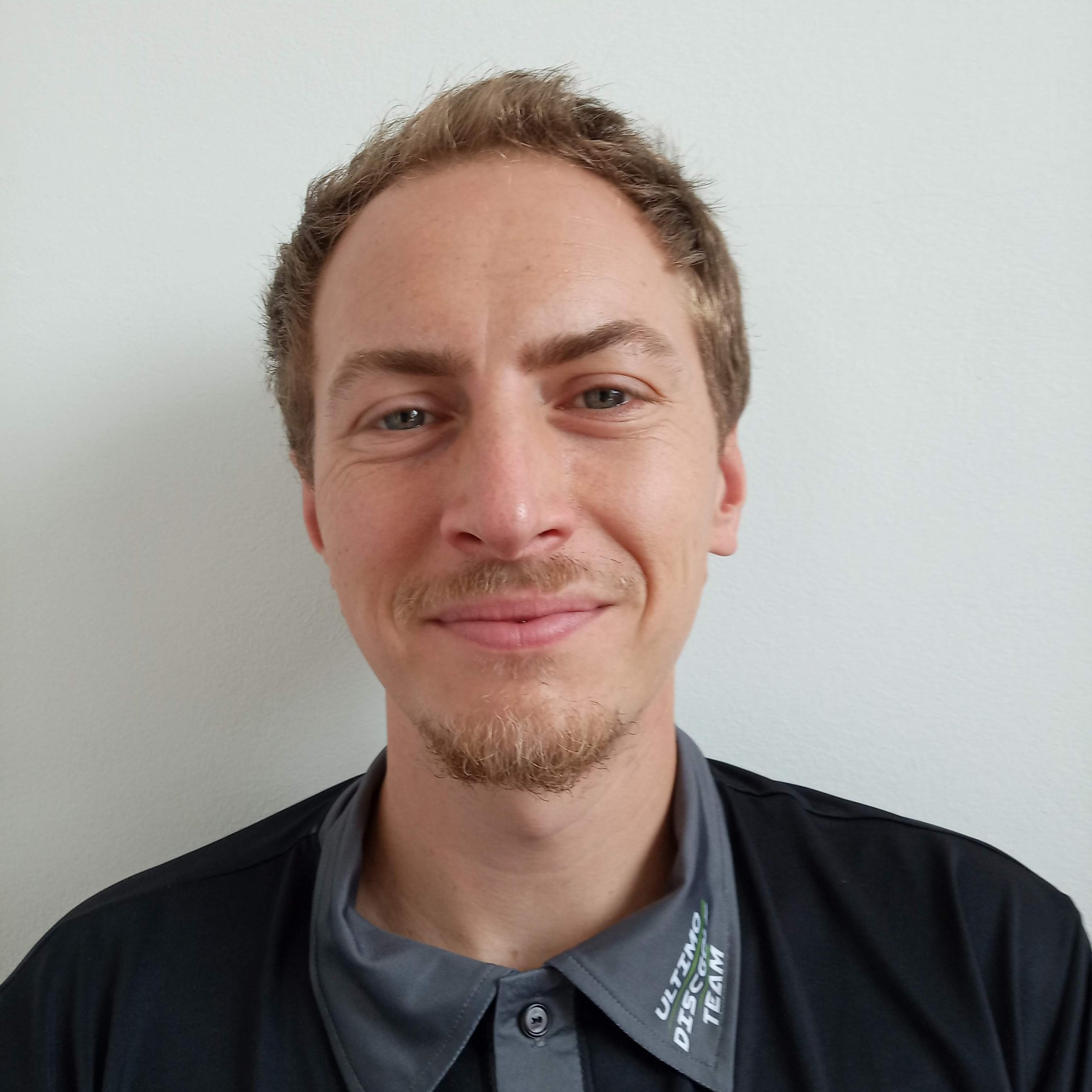 Board member: 2020-present Current term ends: 2021 Lori has been involved with flying disc sports since 1981, as an athlete, promoter, and adminstrator. She earned the title as WFDF 2011 Women’s Overall Champion and has also won three WFDF Freestyle Championships, in addition to winning numerous US Open Overall titles, Freestyle Players Association (FPA) titles, and Double Disc Court championships, and other titles too numerous to recount. As an all-round disc sport competitor, she remains active with today with Freestyle, Disc Golf, and Ultimate. Lori has been the tournament director of a number of events over the years and recently served as MC for the Freestyle competition at the inaugural World Urban Games in Budapest in 2019. Lori has served as Executive director of the FPA from 2010-2015 and is currently a member of the board, and she has served as a member of the WFDF Freestyle Committee since 2014. Lori is a full-time Associate Professor of Social Work and chair of the MSW program at Hawaii Pacific University in Honolulu. She earned her BS in Psychology at Mary Washington College in Virginia, her MA in Social Service Administration at the University of Chicago, and her PhD in Social Welfare at the University of Hawaii at Manoa.

Committee member: 2020-present Current term ends: 2022 Ayal started playing Freestyle in 2003 in Israel. He is an original member of IFDA - The Israeli Flying Disc Association (formerly known as FLOW). In 2004 he won the first ever Israeli Freestyle Championship. Between 2008-2012 and 2013-2017 correspondingly, he lived in both Spain and France and studied professional Circus Arts. Mainly using flying discs as props, he performed in 10 different countries across 4 continents, introducing Freestyle Disc to thousands of people. In 2017 he co-founded the Spanish "Freestyle Disc Canarias" association and organized "Jam Canaria", the first Freestyle event in Spain. In 2018, he returned to Israel and has since acted as Israel’s primary ambassador for promoting Freestyle. He’s organized many tournaments, such as a regular HAT league, the National Championship and "HolyJam", the first international event in Israel (March 2019). He won the 2018 Israeli Championship and the bronze at the 2018 European Championships. He is the first Israeli player to enter the FPA’s Top 20 ranked players. In June 2019, he was among a small group of international players selected by WFDF to represent and reach Freestyle at the first ever African Beach Games in Sal, Cape Verde. He is the Tournament Director of the upcoming 2020 FPA World Championships at Tel Aviv (postponed to 2021). Besides playing and teaching the sport, he manages two popular YouTube channels dedicated to Freestyle.

Committee member: 2020-present Current term ends: 2022 I was introduced to Freestyle Flying Disc through the New York Jammers as I was living in Manhattan as an AuPair in 2015. Since then, I have migrated to Berlin, Germany and am now part of the Berlin Jammers freestyle crew. Through Freestyle I have had the opportunity to travel to numerous countries and participate in several competitions, including the world championships. In 2019 I placed second in the Women's Pairs division of the Frisbeer cup and first in the Women's Pairs division and second in the Mixed Pairs division of the Italian Freestyle Championships. I belonged to the "Spread the Jam Africa" team and had the opportunity through WFDF to travel to Cap Verde, Africa and organize several outreach workshops and demonstrations to introduce the Freestyle Flying Disc to the public and especially the youth on the island. The high point of my freestyle career however, is as I participated in the Olympic committee sponsored World Urban Games in September 2019 and represented my home country of Canada. Since then, I have started my Bachelor's degree and focused on participating in and helping to organize local tournaments in Berlin as well as "spreading the jam" to any curious, new and interested potential Freestylers. In 2022 the Freestyle Players Association World Championships are set to be hosted in Berlin, for which I will be one of the two tournament directors.

Committee member: 2020-present Current term ends: 2022 I started playing Freestyle in 2013, thanks to Andrea Festi, my team mate. The first period was really just exploring the sport, without really thinking about where I was going. Then in 2017 an explosion: first time at Frisbeer Cup (biggest indoor European tournament in Prague) and first time competing in a FPA World Championship in Udine, making it to the finals. Amazing experience that introduced me to as many other great players, got me fired up and pushed me to do much more for the sport. I wanted to let everyone know about the sport, so with my team I started to ‘spread the jam’ in primary and secondary schools, sport events and other exhibitions, while training hard every day to get better. Became XDISC European ambassador under Frisbee Fever Rovereto. Notably, in 2019 I won Frisbeer Cup in mixed pairs, competed and won a bronze medal at the first ever World Urban Games in Budapest and at FPA Worlds 2019 in Seattle silver in mixed pairs and bronze in Coop category.

Jakub started playing flying disc freestyle in 2006 with a group of his friends and soon after that became one of the core members of the newly formed Czech freestyle disc federation. As a player Jakub is a multiple national champion, three-times European champion and a vice-world champion. More importantly, Jakub is heavily involved in the organizational part of the sport. He is a board member of the Czech flying disc association and part of the board of directors of the FPA (Freestyle players association). Running events isn't strange to Jakub either. He is the TD of Frisbeer Cup - the largest indoor freestyle tournament and he organized both European and World championships. Apart from freestyle, Jakub is also running disc golf tournaments in Czech Republic. As his job, Jakub runs a frisbee e-shop and store in Prague. To prove that his life is really all about the flying piece of plastic, Jakub's life partner is Bianca Strunz - freestyle world champion from Germany. Together they have a beautiful son Kilian.