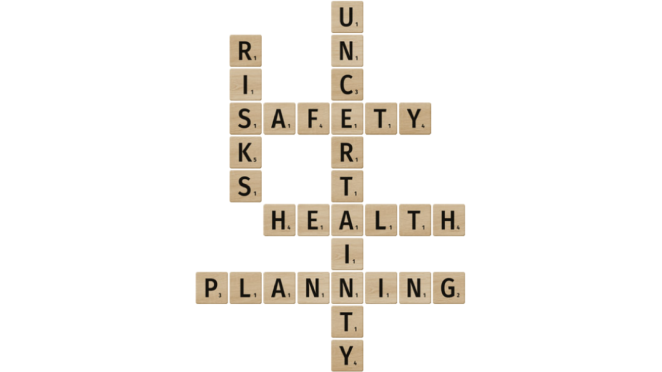 As published by WFDF on the 19th March 2020, WFDF’s three major events WUGC, WJUC and WMUC scheduled to take place in 2020 were all put on hold due to the outbreak and global pandemic of COVID-19 (novel coronavirus). After extensive meetings since March with key stakeholders, the event hosts and TOCs, the WFDF Ultimate Committee and Events Team followed by agreement from the WFDF Board of Directors, WFDF is announcing to all member associations, teams, and athletes that the Worlds (WUGC) and Masters (WMUC) championships will be rescheduled to 2021 and the Juniors championships (WJUC) will unfortunately be canceled.

“This has been a very complicated decision-making process, all in the context of the uncertainties around the future course of the COVID-19 pandemic and the resulting health and safety issues, and potential resulting government actions, among many other considerations,” stated WFDF President Robert “Nob” Rauch. “We have been working with the respective tournament organizing committees (TOCs) to understand the financial situation around each event, including amounts that are fully sunk costs and not recoverable, amounts already spent that could be rolled into a postponed event, and the additional expenses that would be incurred if we were to move forward and reschedule the event. We appreciate the hard work and commitment of our TOCs and WFDF’s event team to work methodically through all the issues and get us to this point where we can establish a reasonable action plan. Given the uncertainties around the pandemic, we will not be asking member associations, teams, and athletes for any further financial payments until early 2021 by which point we expect that the health and safety issues would be much better understood. WFDF acknowledges the unfortunate financial impact of any options that we had, and our decisions were reached in an attempt to balance health and safety, financial, and competition considerations.

As the situation around each event is very different, including the state of advance planning and pre-paid commitments made, the arrangements for each event differ from the others. While we are trying to lay out the planning as clearly as possible, WFDF kindly asks all member associations, teams, and athletes to consider the following information about each event as provisional at this time and subject to change with the circumstances.

WFDF and the WUGC TOC are prepared to reschedule the week-long World Ultimate and Guts Championships to July 2021 in Leeuwarden, Netherlands. Further negotiations and discussions with the TOC are ongoing at this time. However, to evaluate if postponement for WUGC in 2021 is a viable option, we must first know the final number of teams and approximate number of athletes committed to coming to WUGC2021. WFDF will be sending a notice within the next week directly to teams and national associations with the specific information and details.

Under the assumption that WUGC will be postponed, all 97 teams from three divisions (Open, Women’s and Mixed) that were previously registered will be granted an automatic bid for WUGC2021 and all fees paid will carry over for the event. TOC is currently negotiating to carry over to 2021 hotel deposits already paid to the TOC. Given that certain expenses are not recoverable and that the extended date will result in additional expenses, TOC anticipates there will be an increase in fees of approximately €150 per player from the original players’ fee amount.

We are asking all teams to make a decision on whether they intend to participate in the 2021 event prior to Monday the 15th June 2020. Each team will be sent direct information about this with an online form to fill out to provide WFDF accurate information. After confirming team and approximate player numbers for 2021, the final Go/No-Go decision will be made by WFDF no later than the 15th of July 2020.

Prior to Monday the 15th of June, teams currently registered may opt-out of the 2021 event and receive a refund of approximately 25-30% of player fees previously paid, reflecting the amounts available. After that date, if the event is officially rescheduled to 2021, any further teams dropping out of the event will receive no refund on their previously paid fees. However, if by the 15th of July there are not a sufficient number of teams willing to commit to make the event financially viable, then the event will be canceled and all players will be refunded with the funds available (approximately 25-30% of players’ fees previously paid).

Assuming the event is rescheduled, WFDF and the TOC will be in constant communication to monitor the status of the COVID-19 pandemic and governmental and health agency advisories. We believe that the impact on 2021 safety and health should be clarified by year end and we intend to make a determination at that time whether it would be prudent to move forward and stage the event. No additional fee payments or commitments will be required from member associations, teams, and athletes until the determination at that time to go forward, and the new schedule for payments beginning in early 2021 will be released later in the year. If the worst case scenario occurs and the pandemic remains unchecked with governmental and safety restrictions in place or expected, then the event will be canceled at that time and all available funds returned (approximately 20-25% of player fees previously paid).

If it is held, WUGC 2021 will serve as the qualifier event for the IWGA World Games, which has been rescheduled to 7-17 July 2022.

Team TOC, the local organizing committee, has been very supportive in working through the challenges we faced to make a postponement viable. Special thanks to Luc and Eric and their great team and to the city of Leeuwarden for all their support.

WFDF, AFDA and the WMUC TOC are very pleased to announce new dates for WMUC, to be held on the Gold Coast, Australia from the 5th – 11th September 2021. The WFDF Ultimate Committee and Events Team spent considerable time looking at all options available for WMUC and found postponement a viable option for this masters’ event for national teams. AFDA and the city venue owners and hotels have worked together to enable a large amount of the already spent funds and pre-event planning to be shifted to next year.

All teams already registered for the WMUC2020 are automatically granted team registration bids for WMUC2021. A future registration will open in early January 2021 allowing opportunity for additional teams to opt in to the event and to register.

Team fees already collected for WMUC2020 are not refundable and will be carried over and credited to those same teams taking part in WMUC2021. Most of the Player Fees (approximately 95%) will be refunded within the next two months (note that the % amount may vary depending on exchange rates when transferring funds). The WMUC2020 Finance Officer will contact all team administrators to confirm transfer details. For security reasons, specific and exact details will come via email sent directly to each team from the TOC. All teams are reminded to keep bank account details secure and to wait for a direct email – avoid any fraudulent emails on refunds.

All WMUC2021 event planning and operations (including payment of WMUC2021 player and guest fees) will resume in early January 2021. Updates will be posted to the WMUC event website. WFDF will communicate any further information as and when it is available via email to Team Admins.

Player Eligibility regarding age limits is still in discussion with the WFDF Ultimate Committee at this time and specific information on the topic will be shared as soon as a decision is made.

WFDF would like to give particular thanks to the continued support of AFDA and the TOC TDs Mat and Jack, the Runaway Bay City Council and Cricket Club, the City of Gold Coast and Tourism and Events Queensland and all our event partners, and not least the event teams and players for your continued patience as we work through these details.

WFDF and the TOC regret to advise that no feasible postponement options were found for WJUC and hereby gives notice that the WJUC 2020 event is cancelled. All options for the Junior Ultimate community were explored. However, there were many factors that meant cancellation was the best option for Junior players and their parents/guardians at this time.

The WJUC TOC and WFDF Events team are currently working through the financial implications of cancellation. It is anticipated that nearly all (approximately 98%) of the players fees and some portion of the team fees already collected will be refunded to the National Federations (note that the % amount may vary depending on exchange rates when transferring funds). WFDF will be in touch via email within the next two weeks with each NF to discuss credits and returns of the funds. For security reasons, all teams are reminded to keep bank account details secure and to wait for a direct email – avoid any fraudulent emails on refunds.

At this time, 50% of WJUC hotel booking fees will be lost due to hotel cancellation terms. The hotels, however, have agreed to carry over all reservations and payments to 2021. The TOC is currently looking at options to provide the hotels with a different event option that might allow part of the WJUC 2020 hotel booking cancellation fees to be recovered.

WFDF would like to pay special thanks to the endless work and efforts made by the WJUC TOC, especially Mattias Ahlgren and Albin Wiberg who have worked passionately to bring the event from concept to reality and, along with the city of Malmo, were very much ready and excited to host the world’s best Junior Ultimate players this summer.

WFDF’s Annual 2020 Congress, which was originally scheduled to take place in the Netherlands in July, is now likely to be held on a virtual basis on the 15th of August. The format will most probably be a shortened two-hour meeting to be held electronically. As we are still reviewing certain technical issues, final details will be forthcoming shortly.